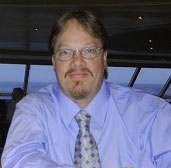 From our friend Aaron Nangel.

The governor has once again shown that being fiscally responsible does not mean lessening our commitment to the state’s most vulnerable citizens, said APD Director Mike Hansen.

This budget proposal increases recurring General Revenue funding by $26 million to meet the needs of the 30,000 Floridians with developmental disabilities currently receiving services under the Home and Community-Based Services (HCBS) Medicaid waiver.

Also included is $83 million in additional funding to cover the current projected shortfall in waiver funding, said Hansen. “The governor’s proposal also requires the agency to tighten its belt and find greater efficiencies by reducing positions and funding for administration,” said Hansen.

Note there is no mention of the Wait List.

We can never stop squeaking our wheels.